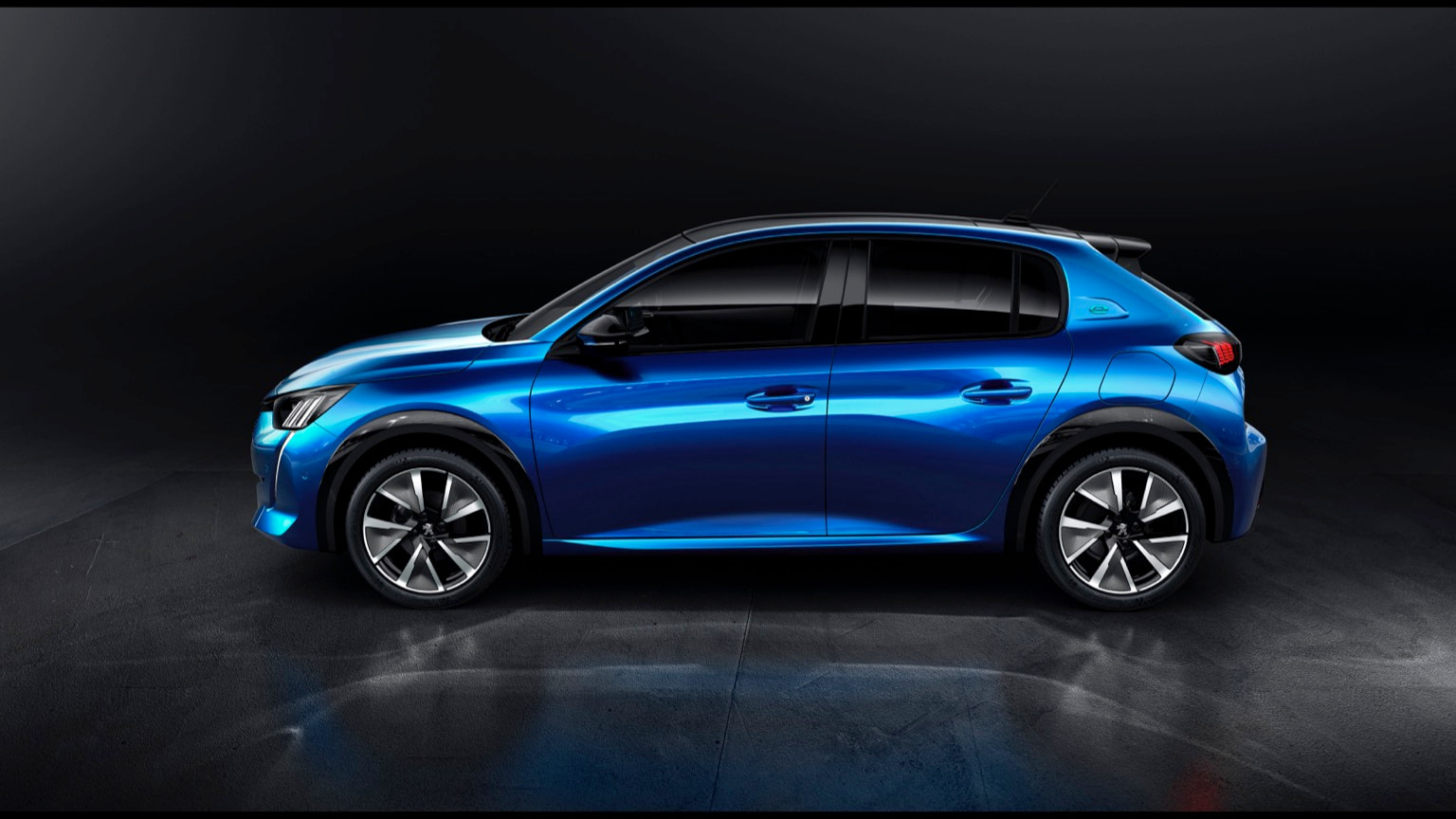 The smal-size CUV like hatchback range of Peugeot e-208 has been known for its consistency of sticking to the small-size – lower price type of tried strategy.

This makes e-208 2019 edition definitely a more of an entry level option based on its metric when directly compared to a more updated 2020 edition and among other variants in this range as it keeps median performance under a similar price. Yet it is good enough for it s price for the basic and small things that it still offers as the original e-208 range. It centers on being an all-around car offering decent enough metrics ar a moderate cost attractive for less picky andmore budget conscious buyers.

But surely to see how exactly good it is compared to other EVs on the market and other variants of cheaper tiers, it is crucial to see specific metrics. Based on that the comparison between the e-208 differences with other variants in the range come down to acceleration, the electric range, charging time and additional minor ones looking pretty major nevertheless. Kind of median at barely acceptably median 7.9 seconds getting from 0 to 6o miles – staying ways below the standard on the market by some good measure yet it has a cost advantage over it. Fortunately besides that it stays above to what some other EV SUVs deliver it is in the neighbourhood of EPA certified electric range of acceptable 183 miles. This range will make it work for most travelers but will still be a barrier for any interstate travelers and obviously for drivers looking for size.

Speaking on its charging capabilities this range does deliver a fairly quick result. It is capable of going from 0 to 80 % of charge in underhalf an hour yet from 0 to 100 at approximately 4 hours.

About The e-208
The Peugeot e Range As the invincible Tesla seemed to have been single-handedly introducing and dominating the personal use EV market it opened up as it spawned the Tesla Model S to mass production back in 2012, there were a select few old established brands quick enough to follow the suit. One of those for sure was the Peugeot brand as it hopped on the bandwagon and made a lot of waves especially on the European market as it inveiled its first all-electric range of Peugeot e and later on this much improved and updated e-208 version of it. Unlike some other big established brands like Audi and BMW that decide to branch out its EV production and its ranges to include car types from CUV hatchbacks to SUVs and sports cars, similarly to how the sister company of Nissan did it with their LEaf range Peugeot did a one car type range with this being a very niched 3 to 4 door supermini. So while its performance and comfort and pricing value is definitely in the mid range compared to other brands the car type being a small-size classifies it as an entry-level range for an EV overall. Definitely targeting both European fans and newbies to the EV market looking to lose most power and performance features for a good entry price on the first EV car, the e-208 range is meant to be more of a personal use or a small family car more than anything. Still it was the Leaf range that inserted and kept Nissan in the conversation. While surely being in the game of competing with the market leader Tesla, it is crucial to compare the e-208 range to that brand both in terms of specs and looks. So comparing how technically and technologically, not even mentioning comfort wise did this range get to Tesla it might be a quite so close call. With its FWD with 1 to 2 motors depending on the specific variant of the range it is definitely most comparable to Tesla Model Y as its smallest option yet being in an even smaller segment overall. Talking about the looks as well - we can say that unlike Tesla, Nissan has gone the safer route and made its supermini look like a more of a generic mini car with features pretty much as simplified as it only gets. Its updated range has both a somewhat minimalistic futuristic body form as a sedan and a very minimalistic yet stylish interior finsh with some premium options. We all know the looks and design are very important for any car range for sure, the specs and performance are truly everything. Based on just judging the Leaf range on the merit of it specs and metrics, let's take a look at the fact that depending on the variant its EPA certified electric range and starts o to 60 at kind of low still acceptable 7.9 seconds which is not much at all. Unfortunately where it is kind of average to lackluster in terms of max speed or acceleration or other show-off features, it also does not gain in range to improve the impression. More power and performance metrics that make it truly stand out from the rest, including the ever so important for EVs range. This tranlsates to when the journey has already begun, it will deliver you as far as the official EPA rated range of up to 183 mi without a single recharge definitely seems like a barrier for some buyers. This means that avid out of the city and interstate travelers will not be very likely to grace it with their attention but it works for most average traveling in between. It can be categotized as somewhar lower priced than a few other smal sized EVs, which might make buyers or people new to the EV world ignore a lack of some things other top-of-the-line ranges in or close to its size class like Tesla Model Y or other offer at a higher cost. Be sure to check out its multiple top features such as: that combined make for a very satifsfying feeling when inside it on the road. 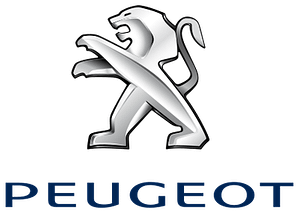 About Peugeot
As one of the biggest established brands in Europe and the world, Peugeot has been manufacturing cars of all sorts not limiting itself to one body style - from sedans and hatchbacks and sports cars. This goes true for their all-electric EV e-208 and Taycan ranges just as well as it showcases versatile competitive sedans.
View all Peugeot's Cars and News

Other EV Models from Peugeot 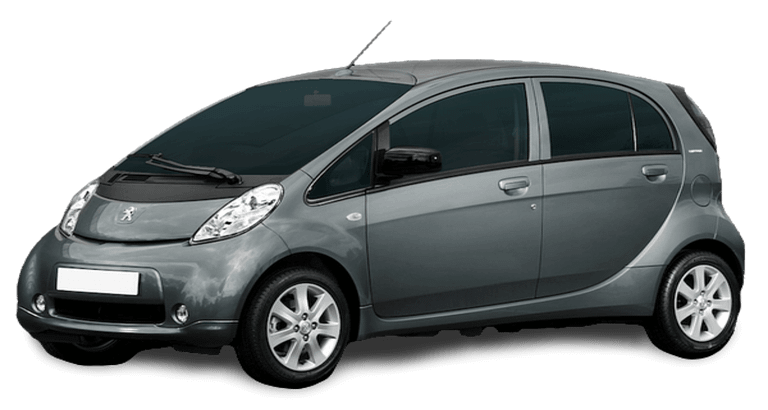 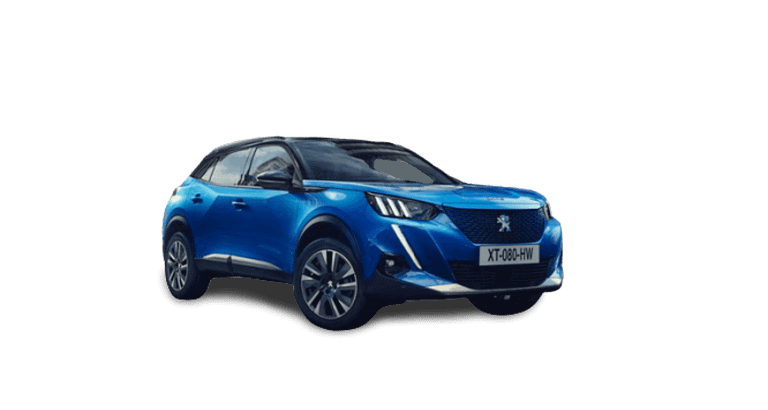 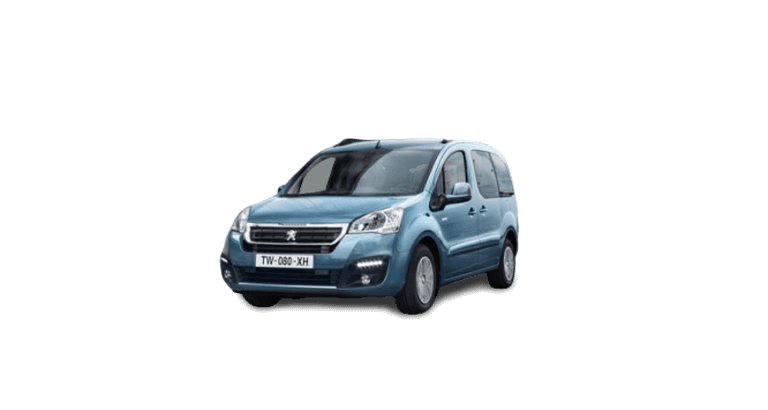 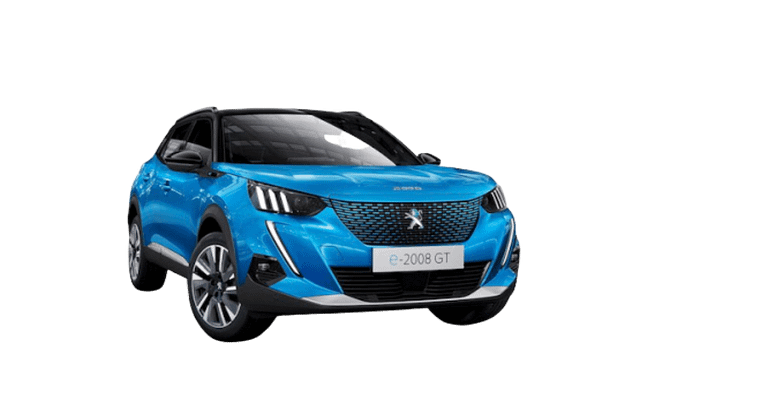 Alternative EVs to the Peugeot e-208