You are here: Home / Faraday Future 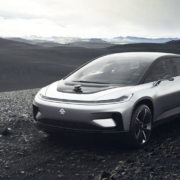 Faraday future has been struggling to meet its production cost. It appears they did overestimate their capabilities and now there is trouble in paradise. The company has been with financial issues and it appears that the futuristic car may sadly not see the light of day.

To make matters worse, one of the Chinese electric startup founders has resigned. This proved the rumors about the company’s bankruptcy to be true. The former founder recorded a statement saying he couldn’t stand the pressure of seeing the company’s employees struggling since it was becoming harder for it to make the payroll.

According to some former employees, the new investments were non-existent. Financial books were in a bad shape and they were only holding up to deposits to cover the payroll. The company’s vision and ability to manufacture was unquestionable but it lacked a motivated CEO. Of course, the lack of effective leadership will definitely sink the ship.

The concept car was built with some outstanding performance specs ever recorded. It consists of 130kw battery pack generating 1050hp. The car accelerates 0-60mph in just 2.39sec while producing 378miles of driving range. It is definitely one of the fastest cars beside Tesla model S and Dodge challenge Demon.

Faraday future is built with some advanced Technology including a full package of autonomous and advanced features. The features include 12 ultrasonic sensors, 13 radar sensors, one 3D lidar sensors, one 3D sensor, and 10 cameras. Faraday claims the concept that would be able to self-drive, park and connect wirelessly to your mobile devices.

The company refuses to comment about the whole scandal and declines to respond to the request for information on its financial status. Faraday future tried to cover up in the live reveal hoping to gain the potential buyers' trust and get some pre-orders. Sadly it didn’t work out. Since then the company muted about pre-order volume and consumer demand for its cars.