You are here: Home / Kia 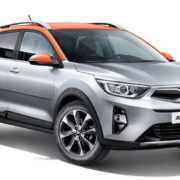 Over the years KIA has built a reputation for producing practical and descent SUVs and crossovers. This time round KIA is trying new ventures; producing electric vehicles. Stonic taps into the small crossover market where style largely takes over from practicality. As for now, very little information is known to the public about the details for the small SUV.

KIA announced in 2017 about their goal to release a small all-electric model by the end of 2018. The car is expected to share some features with Hyundai IONIQ. The features include an 88kwh electric motor while working on getting a large battery that will be able to hit an estimated range of 300km (186km). 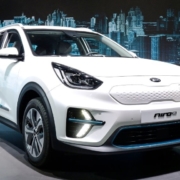 The Niro concept EV is set to arrive in the US at the end of 2018. The EV is an evolution car set to expand the Niro model of hybrid crossovers. The vehicle is fully electric and comes with a distinctive rear end reading NIRO EV. The manufacturers say that it will be an outstanding human-machine interface with upgrades of the lighting systems as well as advanced new motion graphics.

The Niro concept EV is mounted with a rear floor lithium-ion battery. The vehicle comes with two battery options: 39.2 kWh battery and 64 kWh battery. In some markets, only the larger battery variation will be offered.
The KIA concept car is officially rated highly with a driving range of 385km/ 240miles. The vehicle is set to sprint from 0-62mph in 7.8seconds which are impressive for a car in its price range. Niro’s existing design goes farther to embrace the new all-electric powertrain and replacing the front intake grille with a convenient charging output port.

The highly- anticipated electric vehicle has an electric motor that provides an estimated 201 horsepower and 291 lb-ft of torque. KIA is targeting up to a 240-mile range on a single charge. This will be made possible by the efficient improved battery.

The concept car is altered to fit in the modern car look. It comes with an in-cabin technology, noticeable blue interior accents and advanced 17- inch alloy wheels. KIA brings competitive long- range cars to the market with good performance ratings, outstanding range, and affordable prices. For someone who would like to purchase an EV and is on a budget, Niro EV is a car to look out for.

The Niro comes with a selection of driver assistance technology including Smart Cruise Control, Lane Following Assist (tracking the vehicle in front of the Niro), and keeps the vehicle in its lane. The Niro also has an advanced regenerative braking system – offering 4 levels of regeneration. KIA is seriously considering highly automated vehicles early next decade and this would definitely put the KIA family on the map.

To counteract its quiet nature, it's installed with a cool speaker to sound a warning alert to the pedestrians who are crossing in front of the car. In addition, the new motion graphic light system provides an additional warning sign. The cabin is added an advanced wrap-around design and mixes bronze, Grey and silver colors.
In summary of the EV concept car 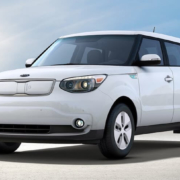 The Soul EV is an electric motor that is not very appealing to most Americans. As much as the manufacturers wanted to make an evolved electric vehicle, it simply is a functional deficit. In compliance to individual state standards, the manufacturers are using a sales strategy limiting the car distribution to only 10 states; California, Connecticut, Georgia, Maryland, Massachusetts, New Jersey, New York, Oregon, Texas, and Washington. Although the Soul EV only exists to comply with individual state standards, it does shine in some areas.

The subcompact 5-door crossover seats five in its 97.1 cubic feet of space, which is impressive when compared to its rivals. Unlike the other compliance cars, the Soul EV was not just built to fit the regulatory standards; they were rather generous with the interior space. On the downside, it has three inches less legroom at the back seats than its fuel-sipping cousin. Thankfully, it was largely compensated the front. The Soul EV also has 19 cubic feet of cargo space, but this can be increased to 49.5 cubic feet with the Soul EV’s 60/40-split rear bench folded down. In addition, the EV also has storage space below its cargo floor.

The soul KIA EV is lagging behind compared to its rival. Coming in at just 93 miles, the Soul EV has one of the worst ranges in the industry. The limited functionality is relatively justified by its low asking price. This range comes courtesy of its 27 kWh battery, which powers its 90 kW motor. The Soul EV’s 210 lb-ft of torque means it will get to 60 mph in 9.7 seconds and max out at 92 mph.

The vehicle has an improved design that folds outwards exposing two charge ports; One the DC for fast charging and AC charging. The Soul EV gets 120/92 MPGe when city/highway driving and takes 13 hours to fully charge when charging from a level 1, 120v socket. This goes down to around 5 hours when using a level 2, 240v power source. A chemo fast-charging socket will recharge its battery to 80% in about 32 minutes.

The EV+ There are three levels of trim to choose from three: the ‘EV’, the ‘EV-e’, and the ‘EV+’. The EV is the baseline model, which was first launched in 2014. The EV-e is a California only model, which forgoes features like a rearview camera and navigation system to bring the Soul EV-e’s cost of entry down by $2,000. The Soul EV+, on the other hand, has some improved features; rearview camera, heated car seats and wheel, navigation system, HD headlights with LED fog lights, multi-functional display, additional USB ports, keyless entry plus power button, and alloy dynamic funnel turbine wheels up to 18 inches in diameters(possibility to cause too much noise in off roads).