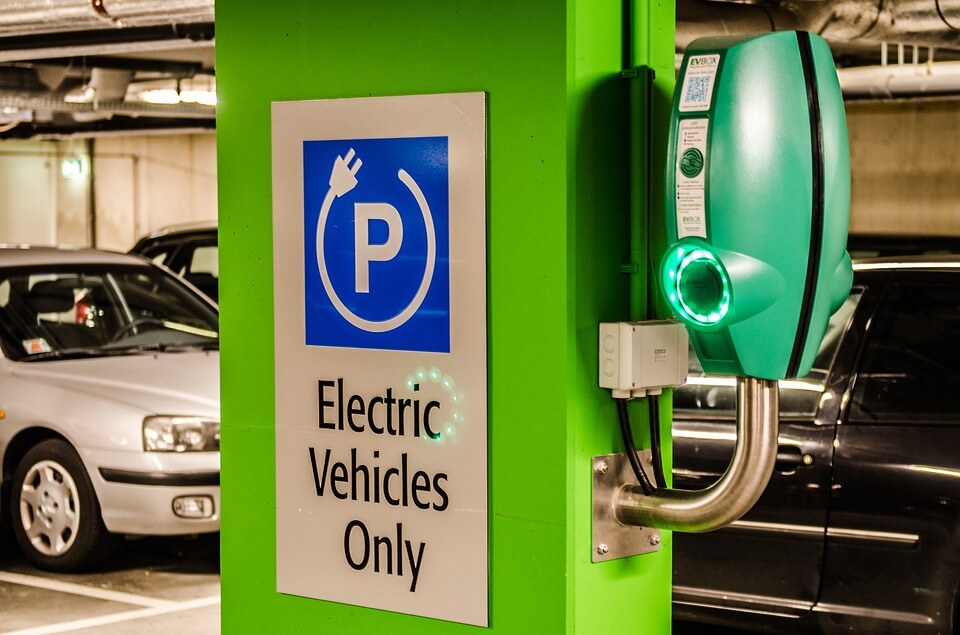 Depending on the distance you cover, the cost of gas, electricity for charging, maintenance, government and utility incentives, and value for your time, you’ll be saving more money with an electric car than with gasoline car.

Electric motors can provide high power to weight ratios, batteries can be designed to supply the currents needed to support these motors. Electric motors have flat torque curve down to zero speed. For simplicity and reliability, many electric cars use fixed-ratio gearboxes and have no clutch.

Electric vehicles can also use a direct motor-to-wheel configuration which increases the available power. Having motors connected directly to each wheel allows the wheels to be used both for propulsion and as braking systems, thereby increasing traction When not fitted with an axle, transmission, differential, electric vehicles have less drive-train inertia.
EV covers a larger range with minimum running costs. The electricity to charge an electric car works out around a third as much per kilometer as buying petrol for the same vehicle. It’s actually very cheaper to buy a second-hand electric car.

The electric motor has a less complicated engine with fewer subsystems (tires, suspension and brakes) than a conventional petrol/diesel. There are relatively little servicing and no expensive exhaust systems, starter motors, fuel injection systems, radiators and many other parts that aren’t needed in an EV.
Oil changes, a transmission that can break, mufflers, various hoses and belts, and other complicated parts are another thing of the past with the EV. Electric cars are much simpler by default, so they can save you a lot of time and headaches.
Therefore, you’ll spend less on servicing the car as opposed to the traditional engine. Charging is also cheaper than filling up fuel, whereby, a mile in an EV is four times cheaper than a mile covered by an efficient petrol vehicle.

Battery electric vehicles don’t produce any tailpipe emissions compared to the average gasoline car produces over 350 grams of CO2 per mile. Cleaner air means less disease in the world, which means less stress on public health systems, hospitals, and so on. In addition, fewer greenhouse gas emissions will save the ozone layer and reduce our carbon footprint. If we can’t stop global warming, we can certainly slow down the onset, and EVs are nothing if not a good start.

All passenger vehicles are required to pass the same safety and crash tests. However, electric cars have a few extra features which may make them safer to ride. For instance, advanced battery management systems to monitor the activity of each cell and pass information to a CPU, which can adjust the cooling system, warn the driver, and even shut down the battery completely as soon as a problem is detected.

Engineers also armor the battery packs of their vehicles to prevent damage during collisions and punctures to avoid an accident like the 2013 Tesla fire in Washington. Tesla now says its redesigned titanium underbody shield cuts the chances of a battery fire caused by damage to almost non-existent. EV battery cells are segmented by firewalls, which contain or at least slow the spread of a fire, buying time for the driver to pull over and exit the vehicle.

Heavy battery packs significantly lower an EV’s center of mass; the car is less likely to roll over. The weight of the batteries makes the electric car heavier than a comparable gasoline vehicle. In case of a collision, the passengers in the EV will suffer less serious injuries than the occupants of the other lighter cars.

Despite having the negative car performance, the lower the center of gravity, the car is more stable and lowers the risk of an accident due to loss of control. Manufacturers of electric vehicles don’t spare any expense on built-in safety systems, which is why EVs regularly exceed all safety standards. In fact, many EVs score higher in crash test safety ratings.

Better for the environment

It has been a major concern to everyone about the climate changes and the effects it has on our environment. Electric cars are purposely built in favor of the environment. The EVs have several benefits over conventional combustion engine automobiles, including a significant reduction of local air pollution as they do not produce pollutants such as CO2, oxides of nitrogen, soot, volatile organic compounds, hydrocarbons, ozone, and lead.
The introduction of the electric cars is part of the process of improving the climate as they do not emit any harmful gases that pollute the air. Luckily, the cost and health related issues caused by air pollution will decrease.
Some of the EVs engineers are taking recycling to the next level by using Eco-friendly materials to build the cars. For instance, the makers of Ford Focus Electric car are using recycled materials and padding the car with bio-materials.
Nissan Leaf is also adopting the recycling idea and it is impressive. The interior and exterior are partly made of recycled bottles, second-hand appliances, old car parts and plastic bags. They are all about recycling materials and environmental conservation.

The Engineers are also adopting renewable energy systems and it’s a great idea. You are able to charge your EV using the solar panel system on the go instead of waiting until you reach the grid. Solar cars are electric vehicles powered completely or significantly direct solar energy, through photovoltaic (PV) cells contained in solar panels that convert the sun’s energy directly into electric energy, usually used to charge a battery. This method is more economical and saves time as you get to charge it during the day where most activities take place.
Using renewable energy to recharge your EV, you help reduce your greenhouse gas emissions further. For the electric grid, the emissions vary significantly depending on your region, the availability of renewable sources and the efficiency of the fossil fuel-based generation used. The sourcing of the fuel tanks causes further damage and use of resources during the extraction and refinement processes, including high amounts of electricity.

Want to join the discussion?
Feel free to contribute!

Hyundai Ioniq Electric Pricing features and our Reviews – All Years